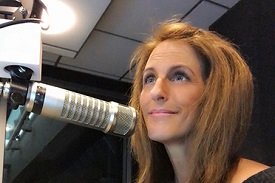 ● Interacts daily with listeners via social media and phones.

● Reports daily stories on camera for all digital platforms, including station website

● Writes and produces commercials and promotions for station and clients.

● Experienced in using a teleprompter and ear prompter